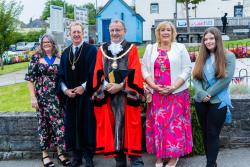 On 9 September Saltash Town Council held their Mayor Making ceremony. This is usually held earlier in the year but had been postponed due to COVID.
Part of the ceremony is the annual fruit and hot pennies throwing which was well attended by local children and youth groups. 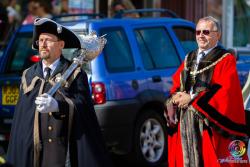 The Mayor Cllr Pete Samuels participates in the Saltash Regatta Parade. The Mayor handed out prizes during the Regatta. 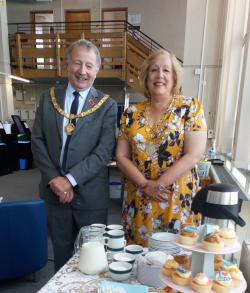 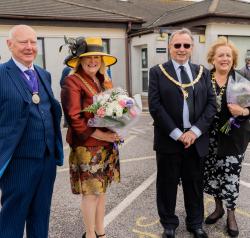 On the 8th August 2021 The Saltash 1941 Blitz Committee held a solemn event, which was attended by The Mayor of Saltash, Cllr Pete Samuels and The Mayoress of Saltash, Cllr Brenda Samuels. A Parade and Act of Remembrance took place to remember the Saltash fallen personnel who gave their lives during the Blitz of 1941.
The Saltash 1941 Blitz Committee have also installed two commemorative benches in Fore Street, Saltash as a permanent reminder of the sacrifice made during the Blitz of 1941. 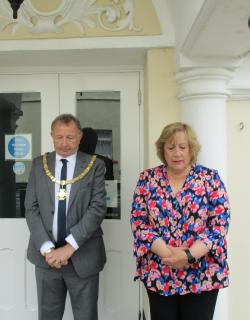 The Mayor and Mayoress observed a two minutes silence along with the rest of the country for the birthday of the NHS. 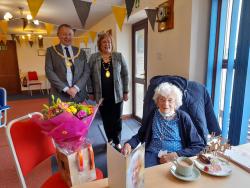 The Mayor and Mayoress visited Mrs Kitty Berry on the occasion of a tea party held to celebrate her 100th Birthday. 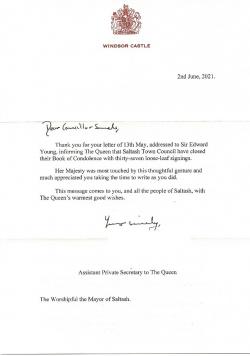 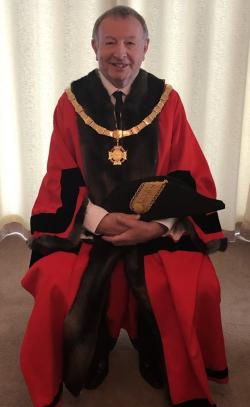 Saltash Town Council announces and welcomes back Cllr Pete Samuels as the Mayor of Saltash for the year 2021-2022 and wishes him and the Mayoress, Cllr Brenda Samuels all the very best for what we hope to be a better year ahead. 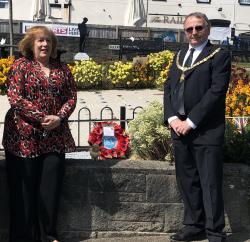 May 2021 - Civic Award - Performance of the Year Award - RWindband