On 2nd June 2022 Her Majesty The Queen celebrated the unique milestone of being on the throne for 70 years. No other monarch has reached the Platinum Jubilee.

There is a long history of celebrating milestones such as Jubilees, Weddings and Coronations. In 1897 Queen Victoria's Diamond Jubilee was celebrated, in 1977, 2002 and 2012 celebrations took place for the Queen's Silver, Golden and Diamond Jubilees and in 2016 Her Majesty's 90th birthday.

On Thursday 2nd June 2022 the Mayor of Saltash lit the beacon at 9.45pm in unison with the rest of the UK and Commonwealth. At 2pm the Town Crier read the proclamation on Fore Street celebrating our Queen's 70 year reign.

Hundreds of residents and visitors joined the civic parade to march down Fore Street from Victoria Gardens, led by Saltash Town Band. They joined the thousands of people waiting their arrival on Jubilee Green. The event included songs, music by a piper and cornet players and finished with fireworks! 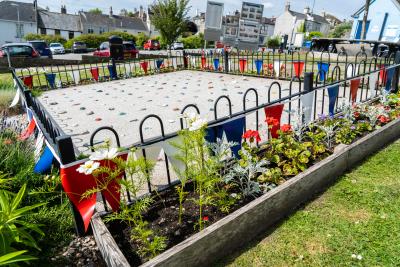